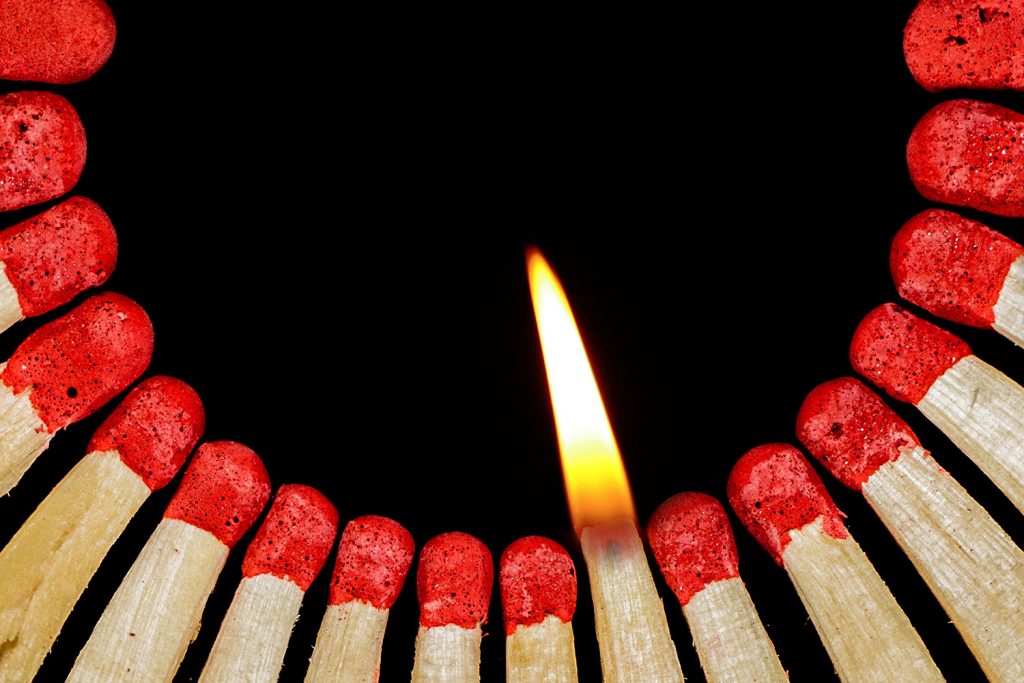 To speed up the process of culture change in your company, tap into your informal influencers.

These are people who have strong influence over their peers. They may not have a formal title or position of authority – but they are well-liked and respected.

They may not be able to hire or fire, but they have the power to set the mood of the entire company.

In times of change, people look to them to see how they will respond, and follow suit. Their opinions, actions, and beliefs often spread through the organization like a virus.

An alternative to the top-down approach

While starting the culture change process may be a top-down responsibility, spreading the change is best achieved through peer influence. Especially if you have a young talent force.

According to executive coach Charles Day, the millennial generation is “less impressed by bureaucratic power than any group of talent that has come before. Instead, they are more influenced by … their peers.”

This is where informal influencers come in. By empowering them to act as catalysts, you speed up the process of reaching a tipping point. At the tipping point, change spreads like wildfire, and people start to behave in ways reflecting a clear and cohesive culture.

Why informal influencers are so effective

How to engage informal influencers in your organization

There are two main tasks to engage them for:
1) Modelling and championing the change, and
2) Taking the current pulse of the organization.

1. Modelling and championing the change

To get these influencers to model the desired behaviour, you need their buy-in. Gather them together for a closed-door session and explain why their role is crucial.

Often, it just takes an open conversation to help them understand the new cultural changes. If they can see how it will positively impact the company, they are usually more than willing to play their part.

Task them with championing and talking about the changes in meetings and among their team members. This will reduce the risk of suspicion that usually accompanies initiatives seen to come from ‘the management’.

2. Taking the pulse of the organization

As you share your cultural change road map with these influencers, be open to their feedback. They can help you see potential road blocks or detractors that you may not be aware of, because they are closer to the front line.

The insider information they provide will help you structure your transformation programme more effectively. The more these influencers feel like their feedback is important, the more ownership they will feel.

To sustain engagement, it’s important to publicly commend the actions of these influencers. This is a good way to appreciate their contributions, while sending a clear message that others should aspire to be like them.

You might even take it a step further and set formal KPIs for them to achieve. This could be part of progression planning to help them move into leadership roles or bigger responsibilities.

In summary, the next time you plan for a change in policy or culture, remember this:

The most influential people in your organization may not hold formal authority, but are leaders in their own right.

They act as a bridge between a company’s executive team and the rest of the team. And getting them on your side can make all the difference in successfully driving change.

PrevPreviousTo Boost Your Profit Margin, There’s Another Margin You Need To Focus On
NextWhy Millennials Keep Dumping You: An Open Letter to ManagementNext

Your may also enjoy these article:

Why Accountability In The Workplace Matters

Managers would agree that a more accountable workforce is a good thing to have. So do you assign more responsibility? Create a punishment system? Reward initiative?

We’ve compiled insights from several Gen Ys and this is what they wish they had the guts to tell you.

Bringing The Best Out Of Your Gen Y Workers

Many employers struggle with Gen Ys’ sense of entitlement. But when managed well, they can be a great asset to move your company forward. The trick is to hit the right buttons so that they’ll put their heart into the work, and drive themselves for the company’s vision. Here are some tips on how you can get the best out of your Gen Ys.

Company culture is created as a collective, and while good culture often encourages autonomy, someone should still take ownership of it. This article from Lucy Marcus of bbc.com tells us why the responsibility still lies in the board room and the role directors must play in creating a good work environment.